Being Ignored as a Bullying Tactic

Think of a time when you were ignored. Think of how you felt. Hurt, sad, puzzled, stressed… Did you think, “What’s wrong with me?” or “How come I was left out?” Or how about when you were brave enough to reach out and ask ‘why is this happening?’, and were met with a polished answer from the person that left you with more self doubt and no answers?

Social or interpersonal rejection occurs when an individual is deliberately excluded from an interpersonal or peer relationship. A person can be rejected by an individual or by an entire group of people (mobbing). Furthermore, rejection can be either overt, with acts of aggressive bullying; or passive such as ignoring a person, shunning or shaming.

Being Ignored as a Bullying Tactic:  Being overlooked can feel distressing; we’ve all felt this from time to time. Being perpetually ignored feels rotten. To the degree a person is important to you, or to the degree you have expectations of that person that are not met, the more pain and rejection you will likely experience.

Being perpetually ignored is a bullying tactic and it involves what might appear as slight brush offs to the target in order for the bully to gain the upper hand. Remember, when these ‘slight brush offs’ happen over and over again, they evolve from slight to deliberately drastic from their continual impact of isolating the target. Examples are:

But Wait, There’s More: How the Bully Further Isolates a Target:  Skilled charming bullies will quickly double up their social interaction and attention they pull away from you and deposit it into others in order to gain favor with others…against you. Has this ever happened to you:

Why is This So Painful?  Rejection is emotionally painful because of the social nature of human beings and our basic need to be accepted in groups. Abraham Maslow and other theorists have suggested that the need for love and belongingness is a fundamental human motivation. According to Maslow, all humans, need to be able to give and receive affection to be psychologically healthy.

Psychologists believe that simple contact or social interaction with others is not enough to fulfill this need. Instead, people have a strong motivational drive to form and maintain caring and respectful interpersonal relationships. People need both stable relationships and satisfying interactions with people in those relationships. If either of these two ingredients are missing, when they could easily be present or they are present for others then most people will begin to feel lonely and unhappy. Thus, rejection is a significant threat. In fact, the majority of human anxieties appear to reflect concerns over social exclusion.

The experience of rejection can lead to a number of adverse psychological consequences such as loneliness, low self-esteem, aggression, and depression. It can also lead to feelings of insecurity and a heightened sensitivity to future rejection.

So How Can You Cope?  Many people will advise you to ‘get over it’ or ‘move on’. Most of the time, people say this because it makes them feel better to say it! What about you? Your feelings are real; the bullying is real. It can be very difficult to ‘just get over’ being ignored, isolated and abandoned from expected social interactions.

But your big question might be ‘but why me’? Excellent question. It is not fair to be perpetually ignored.

So, here are my top 5 suggestions for coping with being perpetually ignored:

I’ll leave you with this: some things we will not understand. Some things we will be unable to change. One thing we can change, protect and empower is ourselves. Keep protected. The truth will rise to the top and keep shining.

274 responses to “Being Ignored as a Bullying Tactic” 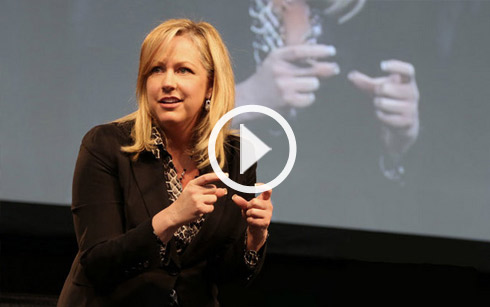